Molecular Nanorobotics for Health, a project co-led by Dr Anna Waterhouse, Cardiovascular Medical Devices Group Leader at HRI, has been chosen as one of Sydney Nano’s five Grand Challenges in recognition of its potential social, economic and scientific impact.

Dr Waterhouse’s Grand Challenge project, with collaborator and co-lead Dr Shelley Wickham, will build molecular nano-robots, self-assembled from biomolecules, which will be capable of travelling through the body to diagnose and treat early disease.

With heart disease being Australia’s – and the world’s – biggest killer, Dr Waterhouse’s and Dr Wickham’s vision is that these nano-robots will be able to detect early, treatable damage in coronary arteries, to prevent heart disease.

This project will be the first molecular nanorobotics platform for health and medicine in Australia. Sydney Nano, an institute based at the Sydney Nanoscience Hub at The University of Sydney and focused on extending and deepening knowledge of the nanoscale, will provide seed-funding for two years. 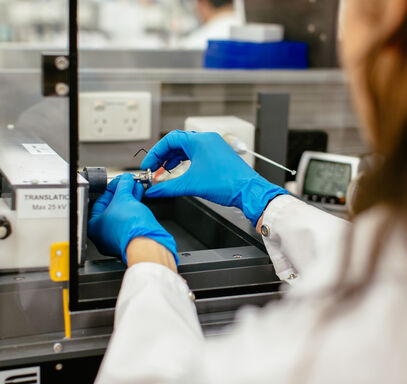 Our mission is to develop new medical devices for cardiovascular research and medicine to improve patient outcomes.