A breakthrough by Australian scientists could soon protect tens of thousands of Australian people with diabetes from killer heart disease and strokes.

Researchers at Heart Research Institute in Sydney have uncovered why common blood thinners used to protect millions worldwide from life-threatening blood clots don’t work as well for people with diabetes.

The study, published in the journal Nature Communications, is the first to show the mechanism that triggers catastrophic clotting in these at-risk patients. This discovery provides scientists with a potential new way to protect the nation’s growing number of diabetics from suffering from heart attack and stroke, says HRI cardiovascular specialist and senior author Professor Shaun Jackson.

Heart attacks and strokes are the leading causes of death and long-term disability in Australia. Each year, about 55,000 Australians have a heart attack – about one every 10 minutes – and a further 35,000 are hospitalised after having a stroke. Both conditions are typically caused by clots that block the supply of blood to the heart or brain. Blood thinners are commonly used to prevent clots, with millions of people worldwide taking them daily to keep strokes and heart attacks at bay.

But for those with diabetes, the benefits are limited. “Heart disease and stroke are considerable problems for diabetics, because they don’t respond as well to blood thinning drugs like aspirin and Plavix that we use to prevent them,” Professor Jackson says.

Described as the epidemic of the 21st century, diabetes represents the biggest challenge confronting the Australian health system, the specialist says.

The HRI research team set out to investigate this drug resistance. They studied the blood of people with type one diabetes as well as lab models of the disease and unexpectedly discovered a new pathway responsible for triggering the formation of blood clots.

“We found that when blood flow is disturbed, the mechanical compression forces that are generated within the disturbed blood flow can activate blood clotting cells, leading to growth of bigger clots,” Professor Jackson says. “We think this process occurs in all of us, however the blood cells of patients with diabetes appear to be exquisitely more sensitive to these mechanical forces, triggering larger blood clots.”

Excitingly, a drug in development at HRI, targeting an enzyme called Class I PI 3-kinase, has been found to target this new pathway of blood clotting, and appears to be effective in preventing disease-forming clots in diabetic patients.

This new class of anticlotting drugs was discovered 20 years ago by HRI researchers who have since demonstrated that they are a powerful and more effective alternative to modern day blood thinners. “It’s already proven successful in phase 1 human trials, but to know it will reverse this new clotting tendency in diabetics is great news,” Professor Jackson says. “If it can be used successfully to treat people with diabetes we’ll be protecting many of those in our community that are most vulnerable to heart disease and stroke.”

Further testing to understand this mechanism is underway but HRI researchers are hopeful it could be used to identify which patients are most at risk of clotting problems. “We could test their blood to pick out those with increased risk and get them onto this new medication earlier,” the expert explains.

The work was completed in collaboration with Monash University, Baker Heart and Diabetes Institute, and Georgia Institute of Technology and Emory University School of Medicine, both in Atlanta. 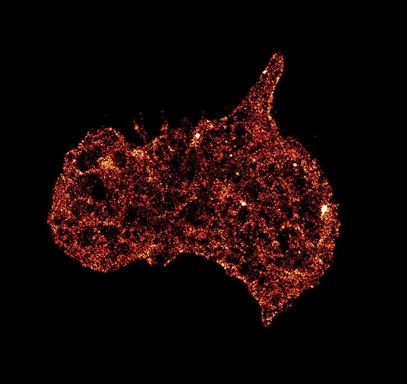