In an Australian first, doctors have developed the Australian New Zealand Congenital Heart Disease Registry to help improve the lives of people living with the condition, and their families.

Eight babies are born every day in Australia with congenital heart disease (CHD), a problem with the heart’s structure which can lead to abnormal heart rhythms, blue-tinted skin, shortness of breath, difficulty feeding and/or swollen body organs with serious cases occasionally requiring a heart transplant.

“A National CHD Registry will help doctors and researchers better understand the disease, track its prevalence, the burden on the health system and the outcomes of people living with the condition,” said the Heart Research Institute’s Director Clinical Research and CHD Registry Chairman, Professor David Celermajer.

“Some teenagers may be in denial about their condition, not wanting to feel that they need ongoing medical support despite parents and doctors urging them to continue. This can have dire consequences as the death rate and serious complications are over three times higher for those not receiving ongoing and expert medical care.

“The Registry will monitor a patient’s medical needs as well as their social and other needs – were they able to finish school, get a job, did they suffer mental health issues? – essential information when it comes to planning comprehensive support services, like psychologists, nurse experts to provide support, exercise therapists, available NDIS places etc.

“It’s also about having knowledge to help CHD patients understand what the future might bring; for example, a pregnant woman will want to know how other women with CHD have coped during pregnancy, if there were complications and if there is an increased risk of the baby having CHD.

“Advances in medicine and technology mean that children who once had a short life expectancy are growing older, having families and in many cases leading longer lives with CHD; but it also means they are living with complex health problems resulting in an unprecedented wave of “pioneering survivors” never seen before.

“We started planning the nationwide CHD Registry in 2016 with a grant from Heart Kids Australia, and then in 2019, $6 million over six years in Federal and State Government Funding was made available for the three phases to get the register up and running.

“A pilot was initiated in Queensland and New Zealand to understand what we would need, the second phase was a national survey of CHD patients and families about their needs, then thirdly the establishment and execution of the National Registry.

“There were some challenges as we realised every state and territory stores health records differently, using different computer systems or simply storing records in a cardboard box!”

Professor Celermajer says they’ve already had enormous success over the past two years, capturing medical information from well over 15,000 patients, which is nearly 50 per cent of patients with CHD in Australia.

The project is run by CHAANZ (the Congenital Heart Alliance of Australia and NZ), which represents health professionals, CHD patients and their families from Australia and New Zealand. Their purpose is to facilitate focused research in CHD, promote the need for greater resources and assist with services for all people with CHD. 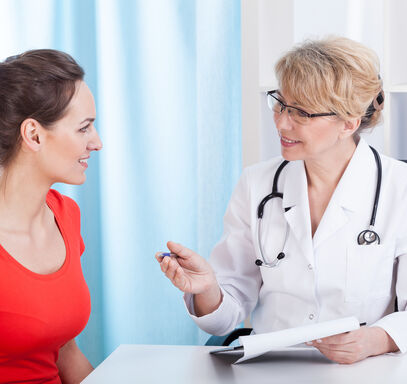 Our mission is to detect the earliest signs of heart and blood vessel damage with a view to preventing serious complications later in life.