AF is a dangerous type of arrhythmia that causes the heart to beat irregularly and inefficiently. This significantly increases the risk of blood clots forming which can break away and travel to the brain causing devastating stroke.

The multi-centre study was run in collaboration with Professor Ben Freedman, Group Leader of the Heart Rhythm and Stroke Prevention Group at the Heart Research Institute, who pioneered the use of this new technology for AF detection. The study monitored more than 1,000 patients over a period of three years, with sites spanning around Australia, Hong Kong and China. The outcomes of this research will likely change clinical guidelines.

The paper, Nurse Led Smartphone Electrographic Monitoring for Atrial Fibrillation after Ischemic Stroke: SPOT-AF, published in the Journal of Stroke, concluded that recording patients’ heart rhythm using a hand-held device linked to a smartphone led to a significant increase in detecting cases of AF.

One-quarter of patients that present with ischemic stroke (strokes caused by blood clots) have underlying AF, which can cause blood to pool in the heart's upper chambers and form blood clots. These clots can then break away from the heart and travel to the brain, leading to stroke.

The current process of identifying AF following stroke is using ‘Holter Monitoring’, in which patients wear a small device that keeps track of their heart rhythm over a 24-hour period.

RMH Neurologist and principal investigator of the study, Professor Bernard Yan, said Holter Monitoring detects AF in less than five per cent of cases as the condition can come and go. AF is notoriously difficult to detect.

“While Holter Monitoring is still a useful way of monitoring patients, our study showed using portable monitoring through a smart phone picks up 8.5 per cent of AF compared with 2.8 per cent AF pick-up rate from Holter monitoring,” Prof Yan said.

The study enrolled 1,079 stroke patients, who didn’t have any known AF. They were monitored by nurses during routine ward observations using a mobile phone, equipped with an app, which communicated with two finger pad electrodes. The information was then transmitted to the device, and results are made available immediately, so if there were any signs of AF they could be picked up and treated straight away.

“This is an inexpensive and practical solution which in just 30 seconds provides an immediate provisional ECG diagnosis of AF which can be sent to experts for immediate confirmation and lead to changes in treatment,” said Professor Freedman.

RMH Neurology Ward Nurse Unit Manager Corey Swift led the project at the RMH and said it would have major benefits for regional and remote healthcare.

“The accessible technology will allow better data and monitoring of AF for regional patients, which will lead to better treatment, and early detection will minimise the impact of stroke,” Mr Swift said.

Stroke Foundation Chief Executive Officer Sharon McGowan said the results of this study were encouraging because AF was difficult to detect and is responsible for severe and often fatal strokes.

“We know people with AF are five times more likely to have a stroke compared with people who do not have AF, but it can be managed if diagnosed,’’ Ms McGowan said.

While COVID-19 has caused some setbacks, many of the participating sites are now using this form of AF monitoring as standard practice in managing patients post stroke.

This research appeared in the Herald Sun, 2 October 2020. 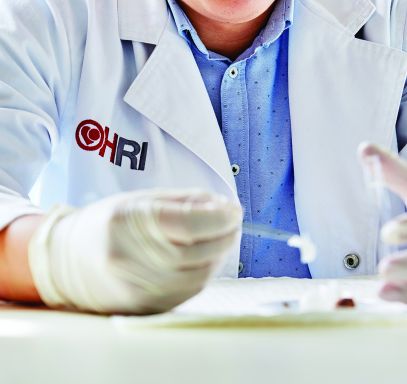 Our mission is to detect silent atrial fibrillation in the population and treat it, to prevent as many strokes as possible.

Your wellbeing is important. Here are...

Stay fit and active at home