The Heart Research Institute (HRI) is conducting a collaborative research project investigating the mechanisms of platelet hyperactivity in diabetes. The project is supported by a grant funded by HRI NZ donors to advance research into cardiovascular disease.

Platelets are critical for the development of cardiovascular complications. This project will gen­er­ate sig­nif­i­cant new knowl­edge, with the poten­tial to iden­ti­fy ther­a­peu­tic targets to pre­vent car­dio­vas­cu­lar events in dia­betes.

Dr Freda Passam, Haematology Research Group leader at HRI, is collaborating with Dr Maggie Kalev-Zylinska, group leader in the Department of Molecular Medicine and Pathology, the University of Auckland (UoA), NZ on this project. Dr Kalev-Zylinska explains more about this exciting new research.

What are platelets and how do they work?

Platelets are blood cells that play an important role in controlling bleeding.

When a blood vessel is injured (eg, if cut during surgery or damaged in a car accident), an early clot forms to seal the injured area. This is called a “primary clot”, and the process is known as “primary haemostasis”. Platelets are responsible for primary haemostasis, and their rapid response to the injury is critical under such circumstances to protect us from bleeding.

Because primary haemostasis is a life-saving response to blood vessel injury, the role of platelets has evolved to be as quick and efficient as possible. Platelets circulate in the blood, where they are on the lookout for signs of blood vessel damage. Platelets are very sensitive to signs of such damage; their “senses” include receptors that detect chemical and physical stimuli associated with blood vessel damage.

When the platelets detect an area of blood vessel damage, they adhere to the site and become activated. Activated platelets secrete chemicals that alert and attract other platelets to the site of the injury. As more platelets arrive, they stick together – initially by putting out small protrusions that help them to form a net, and then by adhering to one another. Red cells and white cells are also recruited, and later on, clotting factors are activated to make the clot stronger over time.

Do people living with diabetes have a greater risk of problems with bleeding or blood clots?

Platelets have been linked to type 2 diabetes, and we know that people living with diabetes have a greater risk of cardiovascular disease.

People who have type 2 diabetes have platelets that are more sensitive to low levels of activation. Dr Passam and I believe that platelet activation plays a central role in the cardiovascular complications that occur in many patients with diabetes. These complications include an increased risk of heart attack and stroke.

Normally, platelets receive and respond to natural “restraint” signals as they circulate in the blood. These signals ensure that they only become activated when needed to form a clot in response to injury. In diabetes, however, platelets do not respond well to such restraint signals. Diabetic platelets can be activated inside intact blood vessels – particularly small arteries, which have a faster blood flow, and arteries with disturbed blood flow due to atherosclerotic plaque. Activation of diabetic platelets can lead to micro-clots forming inside intact blood vessels.

What will you be using to study how platelets work?

We can study platelet activation using blood samples from both healthy blood donors and patients with diabetes. Study participants will be given information about the project and blood will only be taken from people who give us their written consent, which involves signing a form. Our study has ethics approvals enabling this work to proceed in both Australia and New Zealand.

What techniques will be used to analyse blood samples?

We have planned a range of studies to investigate platelet activation, which maximises the use of blood samples from healthy blood donors and patients with diabetes. For example, we can manipulate the expression and function of different molecules and examine their effects on clotting (thrombosis). We can also expose platelets in a test tube to different stimuli that make them more or less reactive, and then examine how these changes affect their clotting function.

My laboratory can also mimic platelet production in a dish using healthy human donor stem cells. These “platelet precursor cells” are present in blood samples at a very low level and can be isolated using specialised procedures. We will apply these methodologies to this project to examine changes in platelet production that occur in diabetes.

How might this cell-based research lead to a preventative therapy?

The mechanism responsible for platelet activation in type 2 diabetes remains unknown. There are no reliable measures of platelet reactivity that can be used to identify patients with diabetes who are most at risk of cardiovascular complications. There are also no specific treatments to prevent thrombosis in diabetes.

If we can discover a novel mechanism for platelet activation and how it contributes to abnormal blood clotting, we may be able to develop a biomarker to help identify and monitor patients who are at risk of cardiovascular complications. We may also learn how to inhibit platelet reactivity, so this process can be targeted by preventative therapies in future.

How will the HRI NZ grant help progress your research?

Dr Passam and I are both intrigued by the biological processes that cause platelet activation. This project combines our different skills to study shared interests, which is a lovely partnership that we hope will be very beneficial.

We have designed the project so that each group conducts work that builds on their unique expertise. For example, the Haematology Research Group at HRI led by Dr Passam has a specialised model and equipment to study platelet activation and thrombosis, while my group in Auckland has developed strategies to mimic human platelet production in a dish.

We also intend to share our expertise to broaden the scope of studies at both sites. This will involve exchange of information and reciprocal visits of staff/students at each institution to enable new lines of work. We would like to support a New Zealand Fellow to travel to Sydney to conduct specialised testing in HRI’s laboratories; we hope this will help to bring some of this expertise to Auckland. We can also help our colleagues in Sydney to develop strategies for human platelet production.

What do you hope to have achieved at the end of this two-year project?

By the end of the project, we hope to understand more about the mechanisms responsible for platelet reactivity, how they affect platelet production and function, and how they contribute to abnormal blood clotting. Depending on what we find, we hope to use this understanding to help monitor, prevent or treat cardiovascular complications in patients with type 2 diabetes. 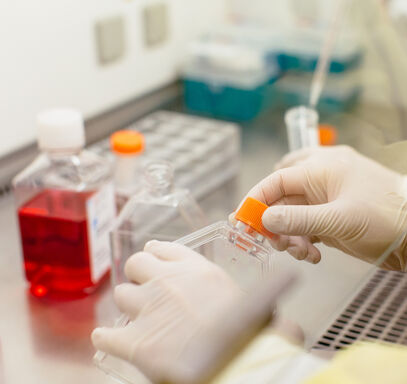 Our mission is to discover targets for new and safe anti-thrombotics, and improve on current treatments.